the church of St Anne’s was consecrated on a site “one hundred foot square…on the south side of Kew Green” given by Queen Anne, the first royal patron of the church, who subsequently referred to it as her “Little Church”.

To celebrate the Tercentenary, distinguished local historian David Blomfield has written the new history of the church, “St Anne’s Kew 1714-2014”, which describes not only the expansion of the building, its notable monuments and the fund-raising necessary, but is also a lively account of the people and events that have shaped the history of our distinctive and well-loved church. 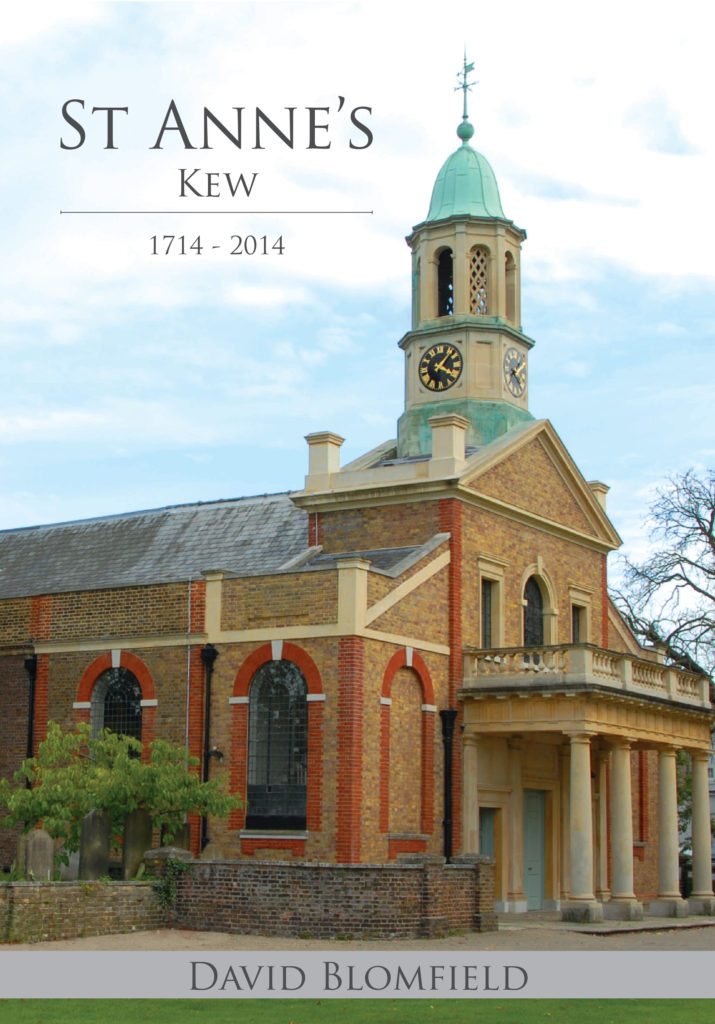 King George III, who acceded to the throne in 1760 and moved his family to Kew, was a major donor to St Anne’s. He personally funded the church’s enlargement by architect Joshua Kirby, completed in 1770. Towards the end of his long reign when he was afflicted with porphyria, the madness of King George meant that he was often confined to Kew Palace, close to the church.

Our parish connections with royalty continue today. When we celebrated our 250th anniversary in 1964, Princess Alexandra joined the celebrations.

HRH the Queen attended the 275th anniversary of the church in 1989 and, in 2006, Prince Charles chose Kew Palace nearby in which to celebrate the Queen’s 80th birthday. Children from The Queen’s School Kew joined the celebrations on Kew Green.

Author David Blomfield, said: “It is a privilege for a local historian to be asked to write a history of his village church. This book should be seen just as the latest, but in no way the last, word on the first three hundred years of St Anne’s”.

Father Nigel Worn, vicar of St Anne’s since 2000, commented: “David Blomfield’s deep knowledge of the history of Kew has enriched our Tercentenary book and I was delighted when he accepted our invitation to write it. The book describes our royal connections and, with beautiful illustrations, the people and events that have shaped the first three hundred years of our history at St Anne’s.”

Available by post from the St Anne’s church office.